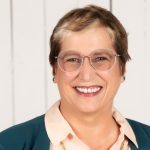 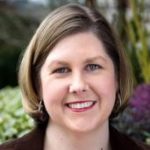 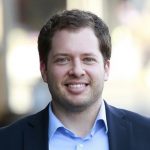 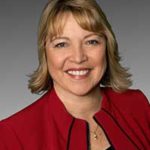 The workshop will include presentations by one of these highly qualified professionals in each specialty.

With over 30 years in financial planning and 12 years helping people reach equitable divorce settlements, Betty Hedrick has volunteered to help WIFE.org achieve their goal of having a Second Saturday Divorce Workshop within reach of everybody in the U.S.

Betty Hedrick CFP, CDFA, founded The Hedrick Co. in 1986 to provide highly personalized service that matches clients with the services that will help make financial concerns as unobtrusive as possible as they progress towards financial independence. The company philosophy is belief that clients are best served when receiving objective advice. The cornerstones are Integrity-Intelligence-Insight.

In 2001 an influx of newly divorced clients opened her eyes to the importance of a financial advisor to the divorce team. When clients described what they believed their divorce settlements accomplished and what the settlement documents said were often quite different. None of them had bad lawyers; rather, the mismatches seemed to result from a variety of factors. In some cases, the client simply didn’t understand the whole picture, or focused on the immediate results without looking into the future. In other cases, the clients were so emotionally involved in particular assets that they didn’t examine holding costs, capital gains or income tax consequences when dividing assets. There were even a couple of cases in which the terms of support and property division could have been adjusted to allow both parties to qualify for a new home loan. http://www.hedrickco.com/

Julie K. Fowler is admitted to practice in Washington State and the United States District Court for the Western District of Washington. She received her BA in Law & Justice and German from Central Washington University in Ellensburg, Washington and her law degree from New England School of Law in Boston, Massachusetts.

John Rosecrans grew up in a large family being one of seven children, so he understands families and the dynamics of the varying relationships within them. He is an avid Cougar fan having attended Washington State University for undergraduate studies and then went on to graduate from Seattle University School of Law. Prior to going to law school, John worked in higher education with all University department heads and finance managers in approving all faculty contracts and managing an $8 million annual budget.

When selecting an area of law to practice, John wanted a field that offered more than merely cold, hard, numbers. So, he established his own law firm focusing on family law, thus allowing John to combine his two strongest suits – he can provide very high-level financial analyses for his clients, while his warmth and generosity allow him to connect with each client on a more personal level. John’s own cooperative divorce has given him genuine empathy for his client, and he has carefully selected staff who are dedicated to helping each client, step by step, through the emotional process of divorce.

John currently resides in Shoreline with his wife and four children. Having a passion for culture and language, John is studying Spanish and French. He also enjoys music, theatre, cooking, tennis, and running. He completed his first ever half marathon and hopes to complete a full one.

I love the hustle and bustle of Kirkland and have lived in Kirkland since 1988. I am on the board of directors at the Chamber of commerce, and love being able to make a difference for our community with the many organizations that I am a part of. One of my strengths as a loan officer is working with people in their finances. I teach several programs around money management and credit worthiness.
Having gone through 2 divorces myself I understand what it takes to work with your largest asset, your home, and how to restructure your home loan and credit so that you can move on and thrive after going through a divorce. I am married now, and have been for 18 years, and have been blessed with two children, John and Angela. Dont’e, my grandson is the apple of my eye and will be 16 this year! We spend time hiking, skiing, riding motorcycles and hanging out in Kirkland.
My greatest joy is working with people and assisting them to be able to buy a home that meets their dreams and their lives. Getting a loan these days is not easy, and we work hand in hand with all our clients to make sure their loans close, and close on time. I have been awarded as a Five Star Professional in my industry every year since 2010.
http://www.DebbieLeviton.com/

Prior to becoming a full time Realtor®, Robby helped Boeing build airplanes. He was a Boeing manager for 27 years managing teams developing and implementing new systems and processes.
Robby has been a full-time Realtor® since 2006 and he has successfully helped so many buyers and sellers he fully understands the residential market. Additionally, Robby is a real estate investor and enjoys sharing his knowledge and skills helping others make wise investments. His goal, whether it is for your personal residence or for an investment, is to make home purchasing “fun, exciting and a growing experience.”
Office: 206-910-1632 robby@gokteam.com Seattle, WA

In response to COVID-19 we will be holding Second Saturday Via Zoom on April 10th,2021.

A link will be emailed to you, prior to meeting once payment has been received.

When:
The Second Saturday of each month